Trauma – But not as we know it

Feel upset with your early life though there’s no big moments to define why? Maybe you or no one else understands why you’re so down when you’ve had a “good” life up till now?

When we think of trauma in early life or adulthood usually it is associated with some big event or form of abuse. But sometimes the trauma which affects us is not one big event or even something memorable to others, it can be small, a forgotten ill or dismissed as wrong. Sometimes the trauma we carry around is a feeling of being unloved or unimportant, whether based in reality or not. 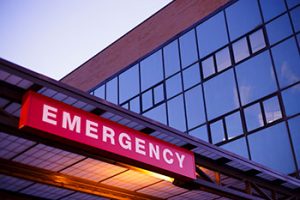 Attachment is the bond between caregiver and child, developed to help babies survive at a time when they are unable to care for themselves. Attachment bonds are important in early years as a form of protection from danger, and this relationship forms a model for the child with which to interact with the world and people around them.

Trauma and resilience to trauma can be based in the attachment relationship. Our ability to survive trauma psychologically is impacted by the relationships we have with our caregivers. If these relationships are open, supportive, non-judgmental and loving we have a greater likelihood of overcoming trauma and negating long-term negative effects like anxiety disorders, depression, trust issues and self-punishment.

If the attachment relationships are perceived as conditional, judgemental, non-supportive and uncaring, whether true or not, the likelihood of ongoing effects from trauma is increased. As adults, seeking social support when experiencing difficult and traumatic times is considered normal. Social support for adults can be talking to friends, family, religious leader or a psychologist as a few examples. The same holds true for children and adolescents, the need for that support is even more crucial when the victim of trauma has limited coping skills and capacity to think positively and rationally. 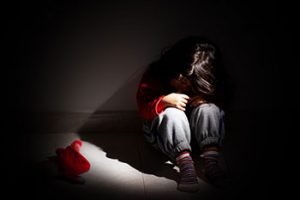 Attachment relationships can also become traumatic for children which may carry on into adulthood. If the relationship with a caregiver is felt as unloving, or if the individual is felt as unimportant to the caregiver, they may experience emotional neglect which can affect self-esteem and self-criticism in later life – feeling they must perform or be a certain way in order to obtain love. People who experience neglect may also see themselves as fundamentally unworthy and learn to neglect themselves and focus wholly on the others around them, tending to get taken advantage of in relationships due to their giving natures.

Neglect can lead to internalising feelings and increase the likelihood of depression throughout childhood and adulthood, and may lead to substance use and self-harming behaviours. Neglect can lead to intense anxiety as the young person learns to rely only on themselves and may end up taking control back from the caregiver through defiant actions and dismissing the caregiver altogether. While these people may end up with confidence in themselves, control over the environment is required to maintain the confidence and they will often overwork themselves to reduce anxiety and maintain control.

Neglect can be more harmful than abuse, though is often dismissed as it is not as easily seen and is rarely felt by any other than the sufferer. Abuse may be negative attention, though the attention itself can provide a moderating effect on the harm suffered, whereas neglect leaves the child with no frame of reference for attaining love and attention. Neglect can damage a person’s will to thrive and leave them underachieving on their potential and reluctant to try. Neglect is often dismissed by third parties due to the difficulty of seeing the impact as can be imagined with abuse and traumatic events. Dismissal of damage from neglect increases feelings of neglect and further distances the sufferer from those around them with feelings of being misunderstood or an “outsider.” Dismissal of neglect can also be internalised, when others cannot see the damage the sufferer may also dismiss their pain and rationalise away the trauma, furthering feelings of isolation and depression. 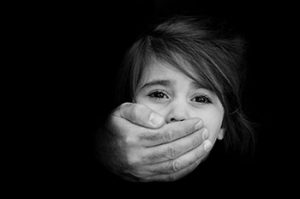 If you believe that you or a loved one has experienced neglect and is suffering ongoing effects, treatment is available through repairing the attachment relationship with children and young people, and individual psychotherapy for adults. To address the concerns affecting adults an attachment-focused therapy such as ISTDP is recommended. The intensive style quickly addresses emotional distress and defences which emerge from neglect and brings them into conscious awareness in the therapeutic relationship where they can be addressed. Following work with defences, complex emotions are able to be experienced and pain from the neglect able to be processed and healed.

For children, work is best done with the primary attachment figure in the same manner as for adults, neglect is often passed down through the generations and a secure attachment relationship to the parent is needed to address the neglect. If therapy cannot be conducted with the parent for whatever reason, or the sufferer is an adolescent, a softer approach to the individual treatment can be used to the same effect.

If you would like to know more about neglect, or if you believe you have experienced a neglectful attachment relationship, please make an appointment to see me and we can discuss trauma further.